I'm finally back from OSCON, and what a trip it was. Friend of the show wxl came
with me to assist and experience the awesomeness that is OSCON. Over the
next few days I'll be posting about the three sessions we taught and many, many sessions we attended. A splendid time is guaranteed for all. To kick things off, here is the code from my Amino talk.

Amino is my JavaScript graphics library I've been working on for a few years. Last year I started a big refactor to make it work nicely on the Raspberry Pi. Once we get X windows out of the way we can talk to the Pi's GPU using OpenGL ES. This makes things which were previously impossible, like 3d spinning globes, trivial on the Raspberry Pi.

For the talk I started by explaining how Node and Amino work on the Raspberry Pi, then shows some simple code to make a photo slideshow. (in this case, Beatles album covers). 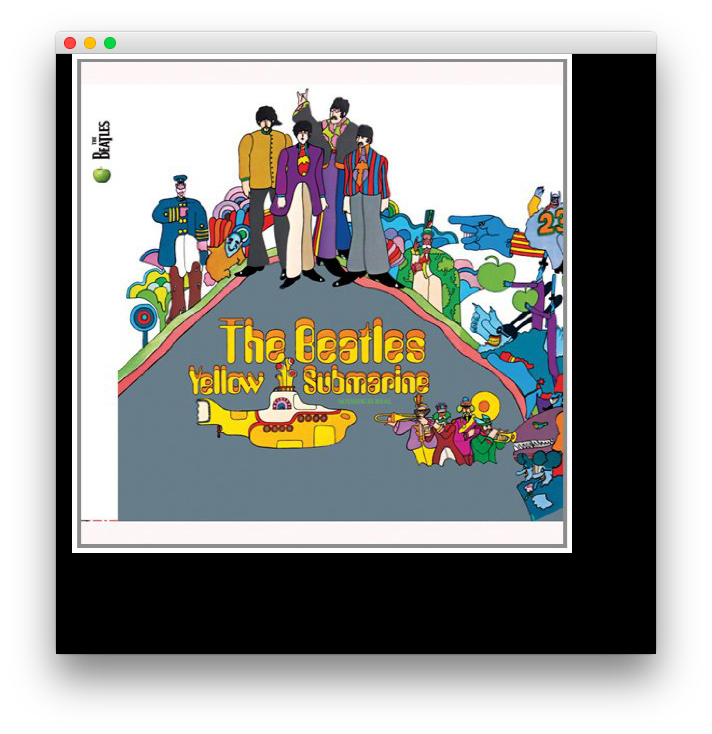 Next we showed a 3D rotating text RSS headline viewer. 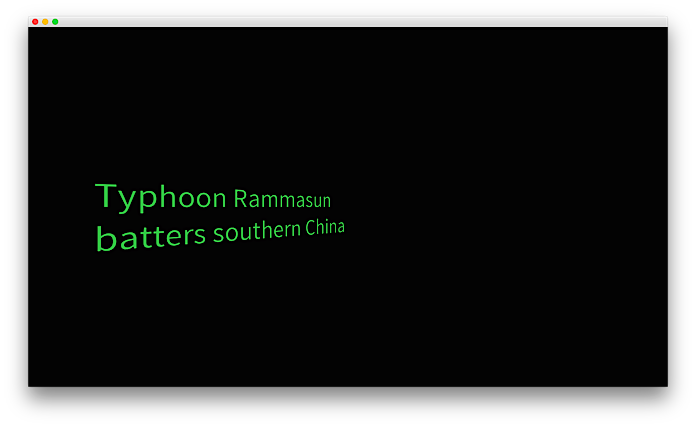 And finally, using the same GeoJSON code from the D3/Canvas workshop, a proper rotating 3D globe. 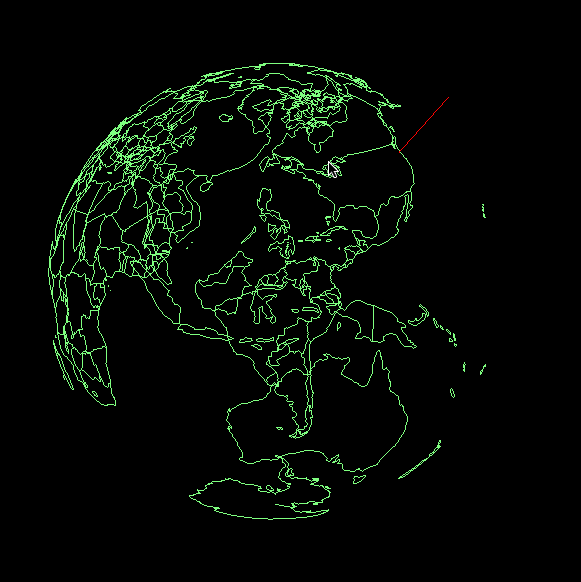 Hmm... Did you ever notice that the earth with just countries and no water looks a lot like the half constructed Death Start in Return of the Jedi?

Of course, my dream has always been to create those cool crazy computer interfaces you see in sci-fi movies. You know, the ones with translucent graphs full of nonsense data and spinning globes. And even better, we made one run on the Raspberry Pi. Now you can always know the critical Awesomonium levels of your mining colony. 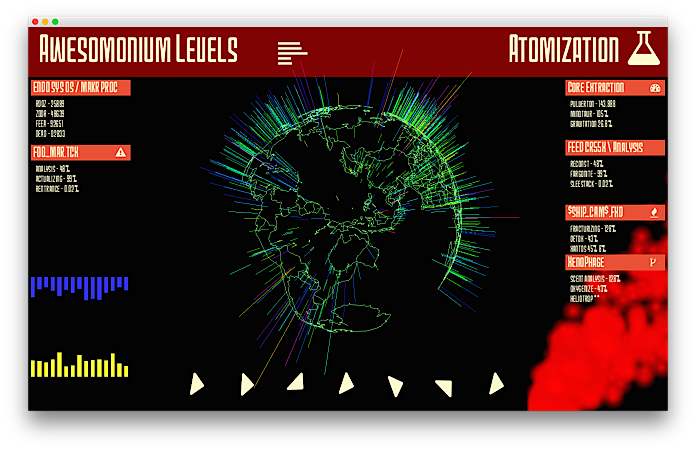