I tried to use my sparkling new Oculus Go on an airplane yesterday, since it seems like the obvious place to use it. The number one thing I think people will want to do with this device is download some Netflix movies for a plane. I mean, who wouldn't want to leave the cramped loud environment of an airplane for the calm of their favorite movie over a fun moonscape background. Sadly, Netflix doesn't support downloads in their VR app, even though they do in their mobile ones. Hey Netflix! Turn it on! 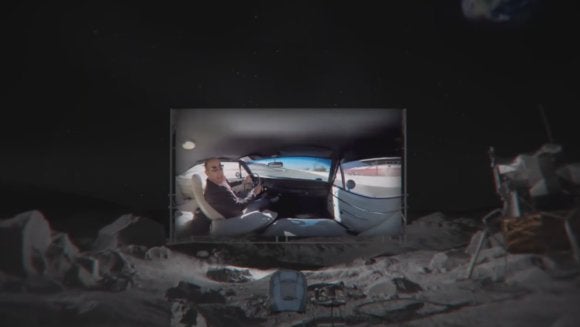 Since Netflix was out I tried a few games. They felt awkward to use on a plane. I'm always worried about disturbing my neighbors or hitting the wall. I did place some interactive films, though. The Jurassic Park experience works well offline. They even have a button on the splash screen to download the entire footage for offline play instead of streaming. I appreciate being given the choice.

I'm also not happy with the Facebook centric features. All sharing options for screenshots and videos depends on Facebook. I can also only stream to Facebook. Given that Twitch is the number one place people want to stream video games, I hope they fix this soon.

Connecting to wifi worked quite well. When I was in the airport the Go found the free wifi network and noticed it was in a captive portal. However, it didn't launch the browser. Instead it produced a notification telling me to launch the browser manually. I'm guessing this is just a missing feature the will fill in at the next OS update.

A few other minor issues: