I'm happy to announce that as of today there is no Google on my website. In fact, there is nothing loaded from any other domains than my own. No fonts, no images, and absolutely no trackers. Here's how I did it. 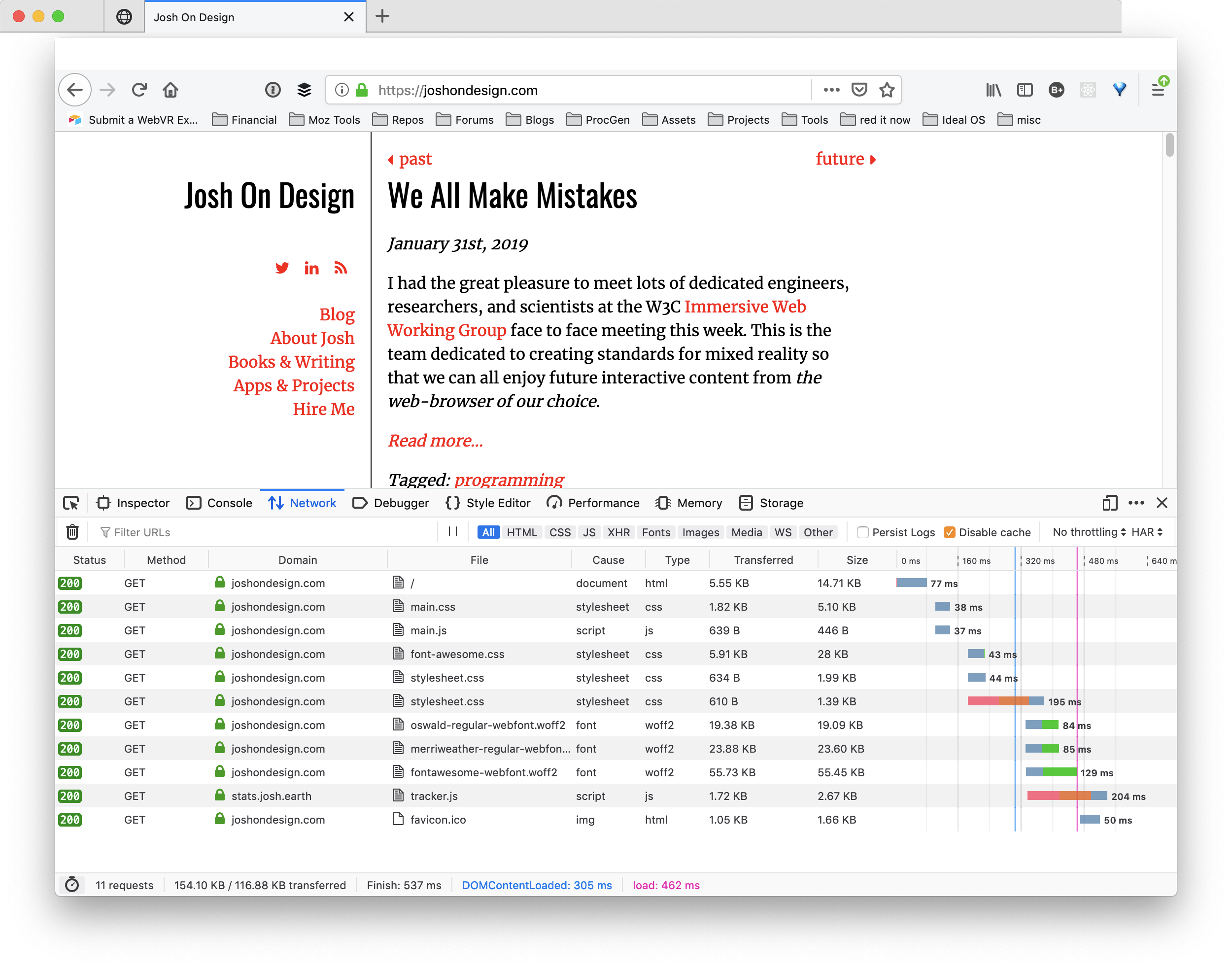 I used to use Google Fonts, Font Awesome, and Google Analytics, but each was slowing down the site, plus I'm wary of letting anyone put code into my website that could be spying on my readers. I still need fonts and analytics, though.

For the fonts I've been using three: Merriweather, Oswald, and FontAwesome. Neither of these are directly offered in a form that I can host on my own webserver. They are only provided as TTFs. However, I was able to convert the TTFs to webfonts using Font Squirrel's awsome webfont generator. I uploaded the generated files to my webserver and it just works.

Actually, it didn't quite work at first. My blog is served by a custom NodeJS application running behind Apache. For some reason, even when I set the mimetypes correctly, the web fonts sometimes don't work. I don't know if fonts need some extra HTTP support beyond the mimetype (for block level access?), but my Node app didn't do it right. I didn't have time to debug it so I changed the config to use Apache for all static files, which honestly I should have done from the beginning anyway.

For analytics I found Fathom, an open source and commercial analytics option. You can run it yourself for free (and get the code from github) or pay the Fathom company to host it for you. Since I'm only using it on a few small sites I chose the self hosting option. If I ever switch one of my commercial sites I'll probably have Fathom do it for me.